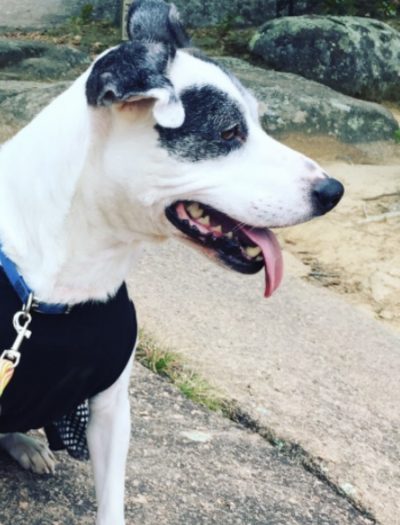 Check your settings when you are happy with your print preview press the print icon below.

This is a FREE memorial, memorialize Bandit Lee. Give the gift of a premium memorial by upgrading below. Upgrading to premium, allows more photos, with a gallery slide show, and your choice of a theme! increases the written memorial to 1,000 words. The Pet owner will be notified of your gift.

See what you get Upgrade memorial for $5!

Continue with payment below, as soon as you pay the memorial will be upgraded.

Bandit Lee was born in early 2011 and adopted by her moms in May. Early life for her was sketchy and not much was known about her background before they received her. She was loved fiercely for 9 years before losing her battle with cancer on April 8th, 2020. Bandit enjoyed most foods (except green ones) dancing, and receiving treats. Her favorite song was Call Me Maybe by Carly Rae Jepsen. She was a good girl who enjoyed the comforts of being an inside puppers. She had a list of aliases including, but not limited to; Fat Mama, Pupperoni, Bandit Leeber, Bandidoot Cucumberman and Baby Dog. Bandit was preceded in death by her brother Gizmo. Just two weeks after her passing, her sister Destiny also passed, no doubt joining Bandit somewhere.  Surviving are her mothers, Judi and Kacy McCoy, sister Harley, Aunt Trina, Mawmaw, Pawpaw and many cousins, including Koda Beer, with whom she was very close.

She was the best girl pup ever! She really was. She also had a really cool middle name, same as me & my Dad, a family name. She’s missed terribly, especially by her mom’s. Love MawMaw

Upgrade to a premium obituary. We’ll email the pet family to let them know you did!

See what you get Upgrade memorial for $5!
Scroll to Top